China used its “close connections” with Left parties in India to “build domestic opposition” to the Indo-US nuclear deal between 2007 and 2008. This might have been the “first instance for China to operate politically in Indian domestic politics”.

This revelation, that could have political and diplomatic ramifications, is part of former foreign secretary Vijay Gokhale’s new book, The Long Game: How the Chinese Negotiate with India, published by Penguin Random House India, which hit the stands recently.

As Joint Secretary (East Asia), Gokhale was dealing with China in the Ministry of External Affairs in 2007-09, when the deal was being negotiated and India got a waiver from the Nuclear Suppliers’ Group (NSG) after Beijing yielded.

In his diplomatic career of 39 years, Gokhale, who is proficient in Mandarin, has spent more than 20 years in China, seven years on the China desk in MEA and seven years in East Asia. He has served as India’s ambassador to China and is considered one of the top China-watchers in the country. In January 2018, he replaced S Jaishankar as foreign secretary and retired last year.

Gokhale’s book covers six topics on which India and China negotiated in the last 75 years — starting from India’s recognition of the People’s Republic China to Tibet, nuclear tests in Pokhran, Sikkim, the Indo-US nuclear deal and Masood Azhar’s listing as a ‘global terrorist’ at the United Nations Security Council (UNSC).

In the chapter on Masood Azhar, Gokhale reveals how China used the Russians to stall the listing of the Jaish-e-Mohammed chief. At one point, he says, the Chinese side also claimed that Pakistan had reliably assured them that the “JeM was defunct” and that “Masood Azhar had ‘retired’”.

India obviously did not buy that line. As Foreign Secretary, Gokhale was one of the lead negotiators for the Indian government when Azhar was designated global terrorist at the UNSC in May 2019.

However, one of the most interesting claims in the book is how China tried to use the Left parties to scuttle the Indo-US nuclear deal.

“Both parties were avowedly nationalist when it came to the Boundary Question and other matters of bilateral interest, but the Chinese were aware that they had fundamental concerns about the Indo-US nuclear deal,” Gokhale writes.

“Knowing the influence that the Left parties wielded in the United Progressive Alliance government of Dr Manmohan Singh, China perhaps played on their fears about India’s tilt to the Americans. This may have been the first example of China’s foray into domestic politics, but they were careful to remain behind the scenes,” he further writes.

Gokhale says China’s interactions with India throughout this period were in contrast to the position taken by them during the 1998 nuclear tests. The topic of the 123 Deal and the clean waiver that India was seeking from the NSG was never raised by the Chinese in bilateral meetings, and rarely discussed whenever India raised the issue, he says.

“Instead, the Chinese appeared to operate through the Left parties and the left-leaning media in India that had an ideological problem with regard to nuclear weapons, in an effort to build domestic opposition to the Indo-US deal. This might have been the first instance for China to operate politically in Indian domestic politics. China is becoming more sophisticated in its manipulation of Indian interest groups,” he writes.

When contacted, Prakash Karat, who was CPI(M)’s General Secretary at the time of the nuclear deal — in 2008, the Left withdrew its support to UPA government over the nuclear deal — told The Indian Express, “Our opposition to the nuclear deal was because it cements the Indo-US strategic alliance of which the military collaboration was the key. That is the reason we opposed it. Subsequently, the unfolding of events have shown that that is what has finally come. What has the nuclear deal got us? They said we will be able to increase our nuclear power, expand it… nothing happened. All that has happened is we have become closer, forged closer ties with USA militarily and strategically. And that is exactly what we had said would happen if we entered into such a deal.”

“Our understanding was that the nuclear deal will make us completely dependent on the US strategically,” he added.

On whether he or any of the other Left leaders had any discussion with China on the nuclear deal at any point in time, he said, “We have had no discussions whatsoever.”

“Even if China had agreed to support India in the Nuclear Suppliers Group, that would have made no difference to us,” he said. At the September 2008 NSG meeting that granted India the crucial waiver to enable it to carry out nuclear commerce, China did not oppose the waiver but raised specific questions.

Gokhale served in Hong Kong, Taipei and Beijing between 1982 and 2017, and was posted in Beijing when the Tiananmen Square protests took place in 1989.

(With inputs from Manoj CG) 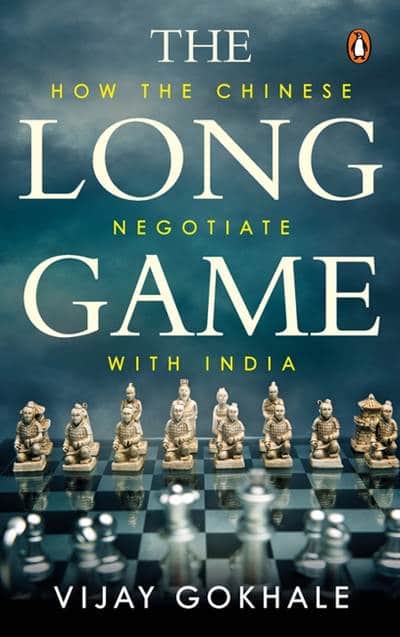