Bollywood celebrities took to social media to congratulate Indian boxer Lovlina Borgohain on her astounding victory at the ongoing Olympics. She assured India of its first boxing medal when she upstaged former world champion Nien-Chin Chen of Chinese Taipei to enter the semifinals on Friday.

The 23-year-old Assam boxer prevailed 4-1 to make the last-four where she will square off against reigning world champion Busenaz Surmeneli of Turkey.

Farhan Akhtar, who played a boxer in his latest film Toofaan, was one of the first celebrities to congratulate Lovlina Borgohain.

Well fought @MangteC .. #boxing You’re a champion in more ways than a medal can attest to. #respect ✊🏽 pic.twitter.com/0kOGhHKlFX

Anushka Sharma took to her Instagram stories to congratulate Lovlina. Sharing a picture of the boxer, she wrote, “Congratulations @lovlina_borgohain on qualifying for the semi finals in women’s welterweight category in boxing. Making India proud🙏🇮🇳💫💪.”

Randeep Hooda too shared a heartfelt note for Lovlina Borgohain on her big win and gave a shout out to Northeast India. He wrote, “A new dawn on the North East horizon.”

Lovlina Borgohain will be the third Indian boxer to win an Olympic medal after Mary Kom at the 2012 London Olympics and Vijender Singh at 2008 Beijing Olympics. 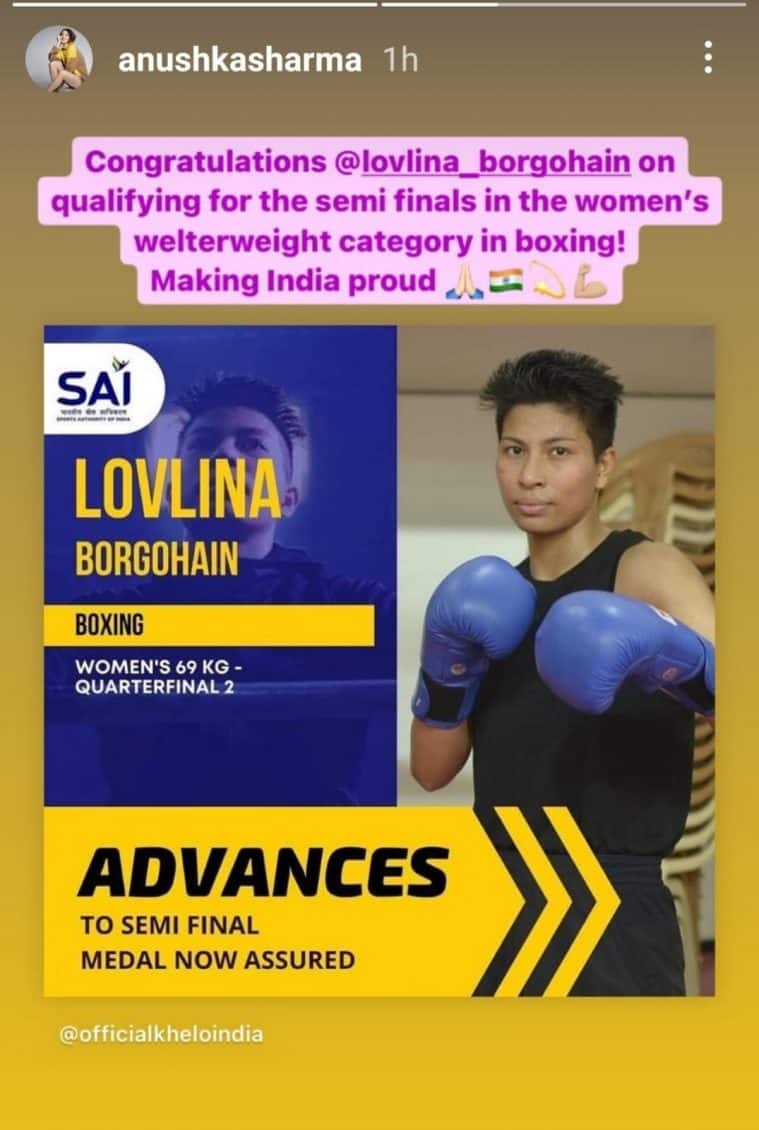