While people are gradually becoming more aware about gender identities and the choice of pronouns, there are still those who view them from the prism of binary — male and female.

Recently, actor Aamir Khan’s daughter Ira Khan took to Instagram to chat with her followers, and during a question-answer session, objected to the use of ‘gendered pronouns’.

She had initially posted a picture with a text, “I’m not quite sure what to do with myself. You?” Throwing the platform open for her followers to share their feelings, she encountered one who asked her if she is Aamir Khan’s son. “Aap toh Aamir Khan sir ki son ho naa (You are Aamir Khan’s son, right),” the person asked, to which Ira made a face and replied: “I’m his daughter. But what even are these gendered nouns?!”

If you follow Ira, you will know that she puts out quirky and super-relatable content every so often. From fitness struggles to mental health, she discusses it all.

Earlier this year, the 24-year-old had shared she had not been feeling well. That she would “go to work, cry and go to sleep”. She talked about the turmoil she had been undergoing during the wedding of her cousin Zayn Marie Khan, and that while she wanted to be a part of the celebrations, smiling for the pictures had been difficult.

She was also previously quoted as telling a leading national daily that she has had “no inclination to act”. “I’ve always felt more comfortable and enthusiastic about working off-stage or behind the camera rather than in front of it.” 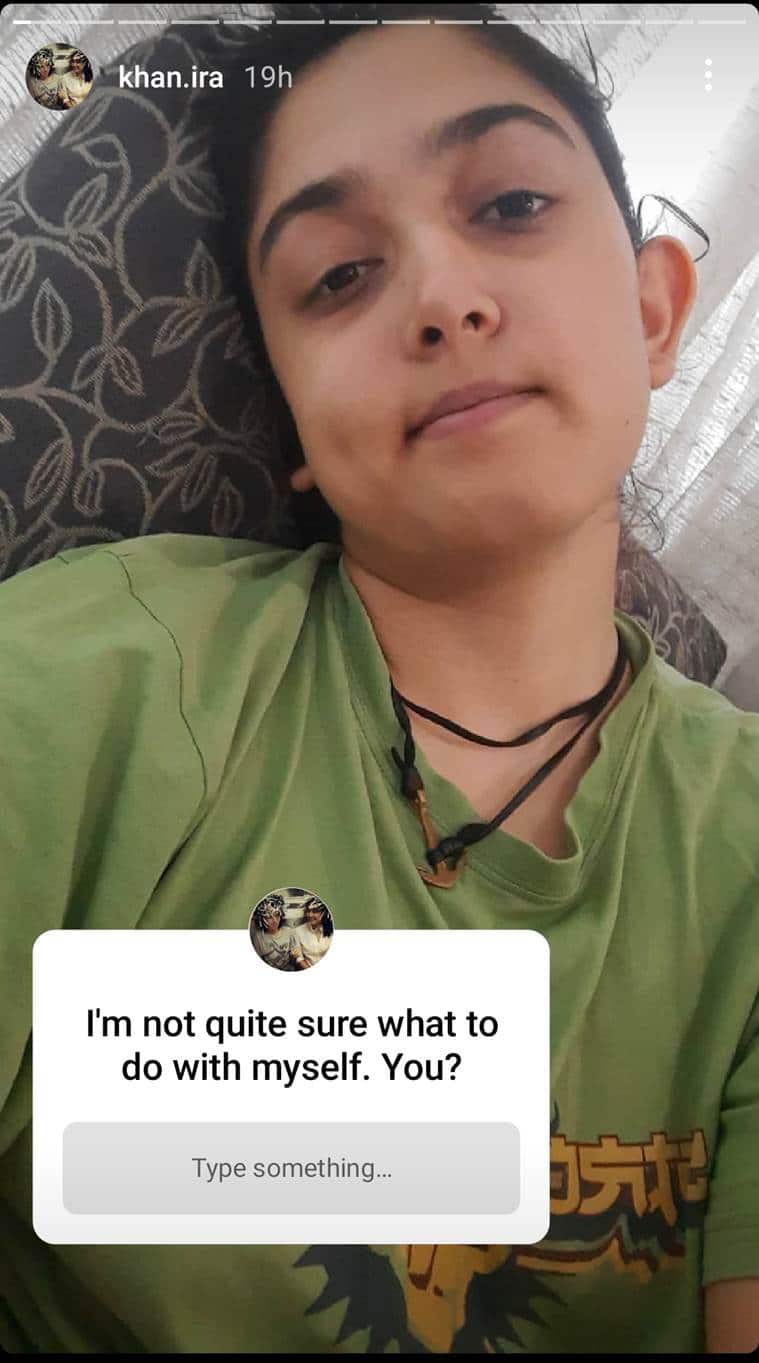 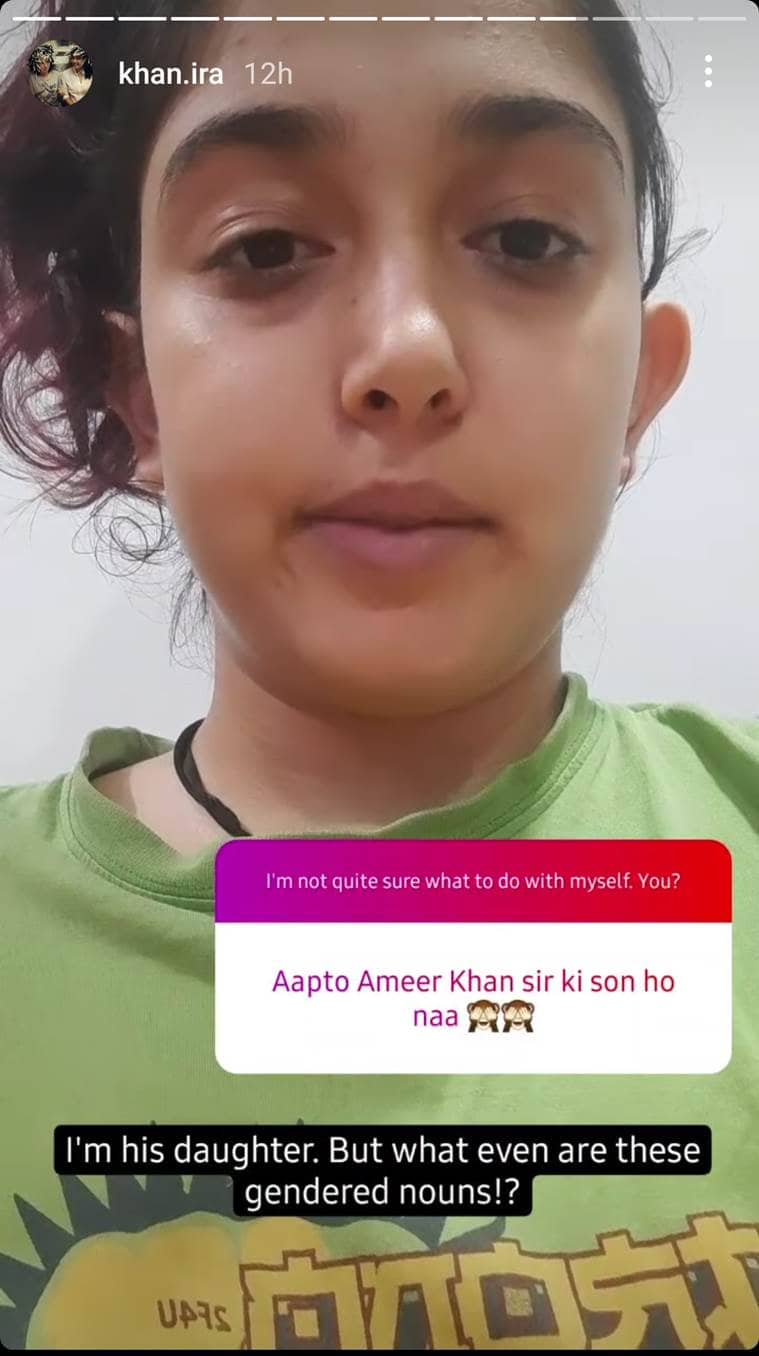