As Palestinians and Israelis hunkered down for the second week of an intense conflict, a series of deadly flashpoints have galvanized both sides in a region where the human cost of war is all too familiar.

Before dawn on Monday, Israeli warplanes bombarded Gaza City, compounding the civilian suffering in the coastal enclave. At the same time, the rocket barrage by Hamas — the militant group that has ruled Gaza since 2007 and does not recognize Israel — continued to take its toll on Israeli cities, including Tel Aviv, the commercial center of the country.

As the civilian casualties grow, the conflict has polarized Israeli society, and the world, like seldom before, and it has spurred unrest within Israel and the occupied territories that has been more intense than any in years.

Here is what is driving the conflict, and its arc so far:

Who is being killed?

Israeli airstrikes and artillery barrages on Gaza, an impoverished and densely packed enclave of 2 million people, have killed at least 212 Palestinians, including 61 children, between May 10 and Monday evening, producing stark images of destruction that have reverberated around the world.

In the other direction, Hamas missiles have rained over Israeli towns and cities, sowing fear and killing at least 10 people in Israel, including two children — a greater civilian toll within Israel than during the last war, in 2014, which lasted more than seven weeks.

Israeli strategists and representatives describe the Gaza campaign as being aimed at destroying as much of Hamas’ infrastructure as possible, including the group’s network of rocket factories and underground tunnels — a subterranean transit system that the Israel military refers to as “the metro.”

But Israel has come under increasing international criticism for the growing number of children that have been killed in airstrikes on Gaza. Images of children’s bodies have circulated on social media in recent days, along with the video of a bereft Gaza father comforting his wailing infant — the only one of his five children to survive an Israeli airstrike. Among the deaths have been eight children killed in a single airstrike at a refugee camp.

On the Israeli side, one of the children killed was a 5-year-old Israeli boy who died after a rocket fired from Gaza made a direct hit on the building next door to his aunt’s apartment, where he was visiting with his mother and older sister.

Some people have been hurt or killed in a burst of unrest in mixed-population cities in Israel, including in Lod, where two people died. And in the occupied West Bank, at least 20 Palestinians have been killed by Israeli security forces over the past week.

How did the current conflict start?

The conflict erupted on May 10, when weeks of simmering tensions in Jerusalem among Palestinian protesters, the police and right-wing Israelis escalated, against the backdrop of a long-standing battle for control of a city sacred to Jews, Arabs and Christians.

The root of the latest violence is an intense dispute over East Jerusalem, which is predominantly Palestinian. Protests had gone on for days before a Supreme Court ruling, originally expected on May 10 but then postponed, on the eviction of several Palestinian families from East Jerusalem. Israeli officials described it as a dispute over real estate. Many Arabs called it part of a wider Israeli campaign to force Palestinians out of the city, describing it as ethnic cleansing.

The protests sharply intensified after Israeli police prevented Palestinians from gathering near one of the Old City’s ancient gates, as they have customarily done during the holy month of Ramadan. The police responded on May 10 by raiding the Aqsa Mosque compound, one of Islam’s holiest sites, to keep Palestinian protesters from throwing stones, they said. Hundreds of Palestinians and a score of police officers were wounded in the skirmish.

Militants in Gaza then began firing rockets in Jerusalem’s direction, to which Israel responded with airstrikes on Gaza. Barrages by both sides intensified through the week, as did casualties — although Gazans have suffered a disproportionate number of deaths.

What kind of arsenal does Hamas have?

Despite Israel’s surveillance capability and overwhelming military firepower next door, Palestinian militants in Gaza have managed to amass a large arsenal of rockets with enhanced range in the 16 years since Israel vacated the coastal enclave, which it had occupied after the 1967 war.

Hamas, with help from allies outside Gaza — including Iran, according to Israeli and Hamas officials — has parlayed that arsenal into an increasingly lethal threat. Since the conflict erupted last week, Hamas has launched more than 3,000 rockets toward Israeli cities and towns. The intensity of the barrages has put the Israeli city of Tel Aviv, among others, under greater threat than in previous conflicts.

Beyond tunnels and rockets, Israeli military experts and officials say there is another lesser-discussed and murky threat: clandestine naval commandos entering or hitting Israel by sea, and waging potential attacks at energy facilities or populated settlements. On Monday, Israel’s military released a video showing Israeli defense forces destroying a vessel that it said was suspected of being on its way to carry out an attack on Israeli waters.

What is the Iron Dome?

As the worst violence in years rages, each night the sky is lit up by rockets fired from Gaza, and by the guided projectiles of Israel’s Iron Dome defense system shooting up to counter them. The images of the tense call-and-response barrages have been among the most widely shared online, even as the toll wrought by the violence becomes clear only in the light of the next day’s dawn.

The Iron Dome missile defense system became operational in 2011 and got its biggest first test over eight days in November 2014, when Gaza militants fired some 1,500 rockets aimed at Israel. While Israeli officials claimed a success rate of up to 90% during that conflict, outside experts were skeptical. The system’s interceptors — just 6 inches wide and 10 feet long — rely on miniature sensors and onboard computer processors to zero in on short-range rockets.

While Israel has suffered casualties and the psychological terror of incoming rockets, the system is clearly winnowing out much of the daily rocket fire.

How are politics on each side influencing events?

Intense political struggles for leadership of Israel and the Palestinian Authority are part of the backdrop for the fighting. After four inconclusive elections in Israel in two years, no one has been able to form a governing coalition. But Prime Minister Benjamin Netanyahu, on trial on corruption charges, has been able to remain in office, and hopes that Israelis will rally around him in the crisis.

In Palestinian elections that were recently postponed, Hamas hoped to take control of the Palestinian Authority, and has positioned itself as the defender of Jerusalem. It sought to reinforce that claim by firing rockets after the Israeli police raided the Aqsa Mosque compound in Jerusalem’s Old City.

In 2014, Israel invaded Gaza after 10 days of aerial bombardment failed to stop Palestinian militants from showering Israeli cities with rockets. The bloody conflict, which lasted for 50 days in July and August, ended in a truce. By then, 2,251 Palestinians, of whom 1,462 were civilians, had died. Israel had lost 67 soldiers and six civilians, according to the United Nations Human Rights Council.

Israeli leaders agreed to halt hostilities under intense diplomatic pressure and with increasing casualties on both sides. At the time, U.S. Secretary of State John Kerry seemed to calculate that a succession of short truces could be cobbled together to begin unwinding the conflict.

Accepting a truce offered Israel an opportunity to thwart the threat of tunnels being used to attack or kidnap its citizens, without risking more of the civilian casualties in the Gaza Strip that were turning world opinion against it.

Hamas, too, faced pressure to accept the truce, not only from international negotiators but from many Palestinians in the Gaza Strip who were suffering under continuous Israeli bombardment and grappling with the devastation and destruction around them. 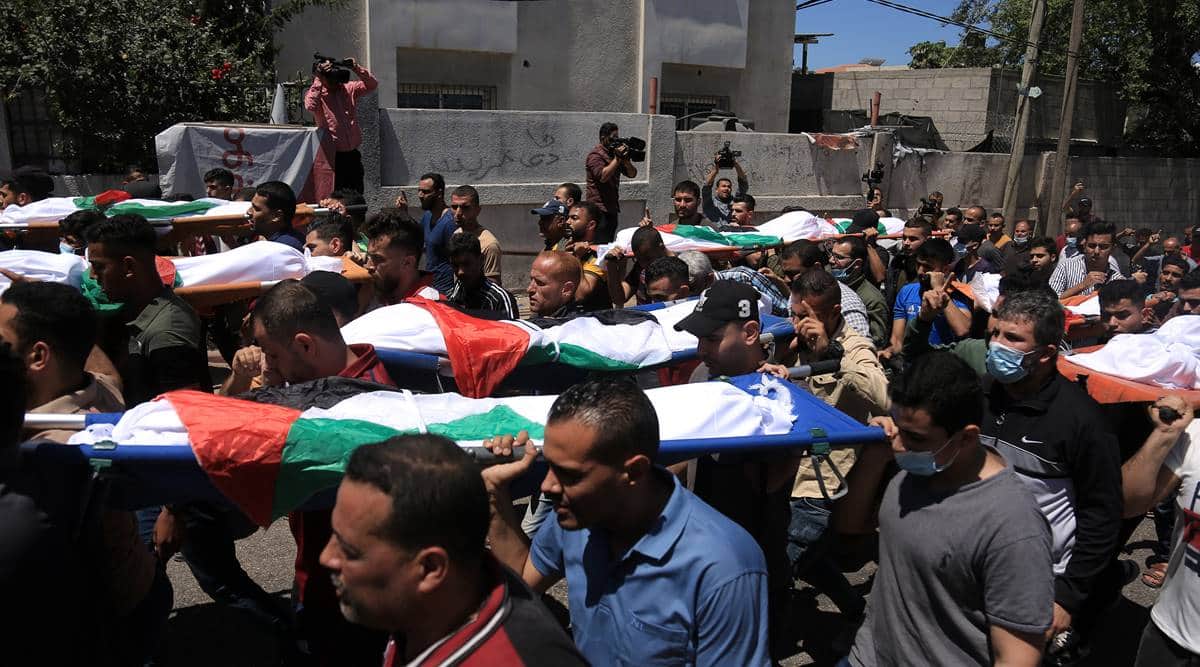